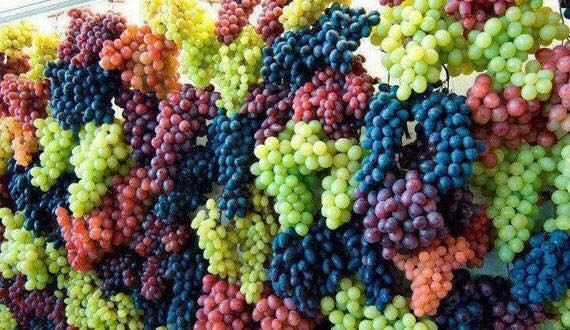 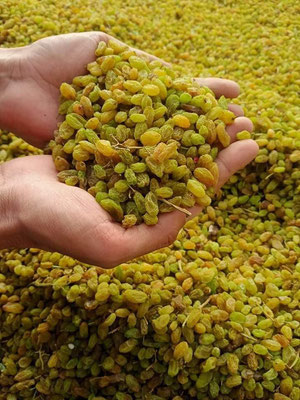 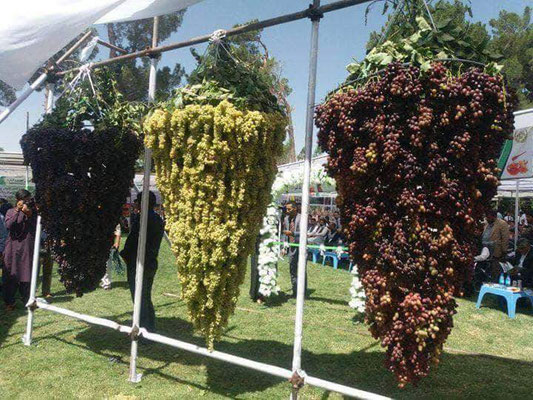 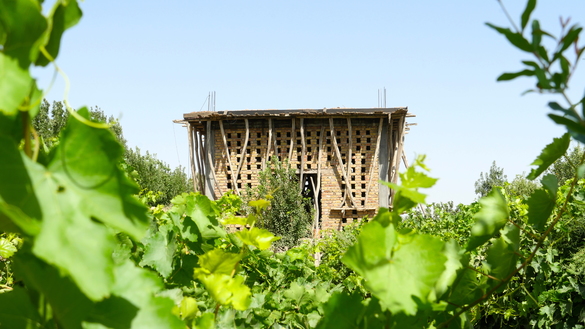 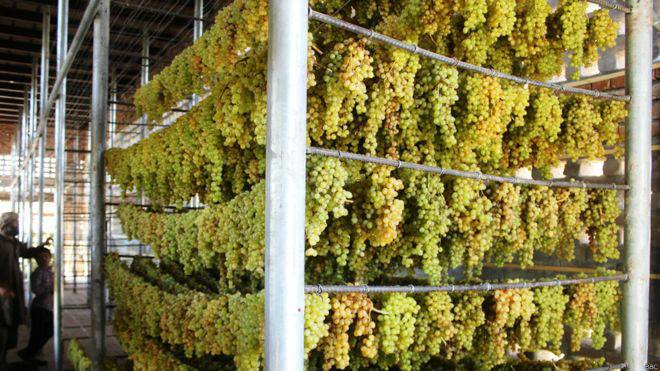 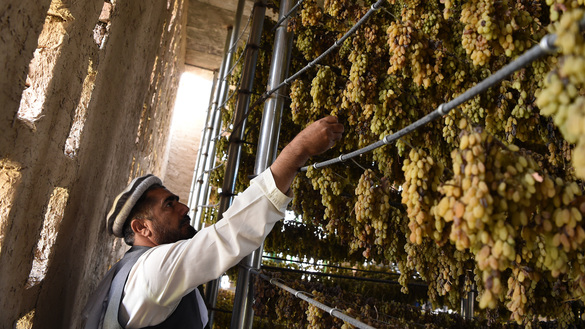 Herat is the third largest province in Afghanistan, located in the west of the country. The province is well known for the excellent quality of its raisins and for the numerous grape varieties (more than 100!) whose cultivation goes back almost 500 years. The history of the Herat raisins is shrouded in mystery. It is believed that they were grown by a nomadic people who lived in Central Asia around 2000 BC. Before the Soviet-Afghan War started in 1979, export of raisins from Afghanistan accounted for more than 60% of the world market, and was the country’s largest crop. Today there are 44 types of grapes registered, seven of a superior quality. The Fakhery grape variety, used to produce Abjosh raisins, is unique to Herat and Kandahar province. The fresh grapes grow in white or pale pink and can be eaten as table grapes or used to produce Abjosh raisins. The grape-training system is the same method that has been used for five centuries. It is well suited to the geography and climate of Herat. The grafts or cuttings are planted in trenches 1 meter deep and 60 centimeters wide stretching east to west. The southern edge of the trench gradually disappears and the soil forms a wall pointing toward the south, making a right-angled triangle against which the vine will lean. The vine will continue to grow at this angle. Only natural fertilizers and pesticides are occasionally used, and only in very small quantities. August and September are very sunny and hot months that bring out a very high sugar percentage in the grapes, up to 20%, just before harvest. The harvest begins in early September and lasts three months. Before starting the drying phase the berries are dropped into boiling water for a few seconds in order to slightly crack the skin without damaging the inside of the fruit. The process is called “abjosh”, from which the raisin gets its name. This speeds up the time needed for the fruit to dry. The grapes are then placed in the sun for up to six days. Unlike other raisins dried in direct sunlight, this variety remains light in color, turning golden, and remains tender. The raisin is large and elongated, and the seeds are still present inside the dried fruit.